This level looks at the concept of modifying variables to specific values in the program, and how the variables are laid out in memory. (link) 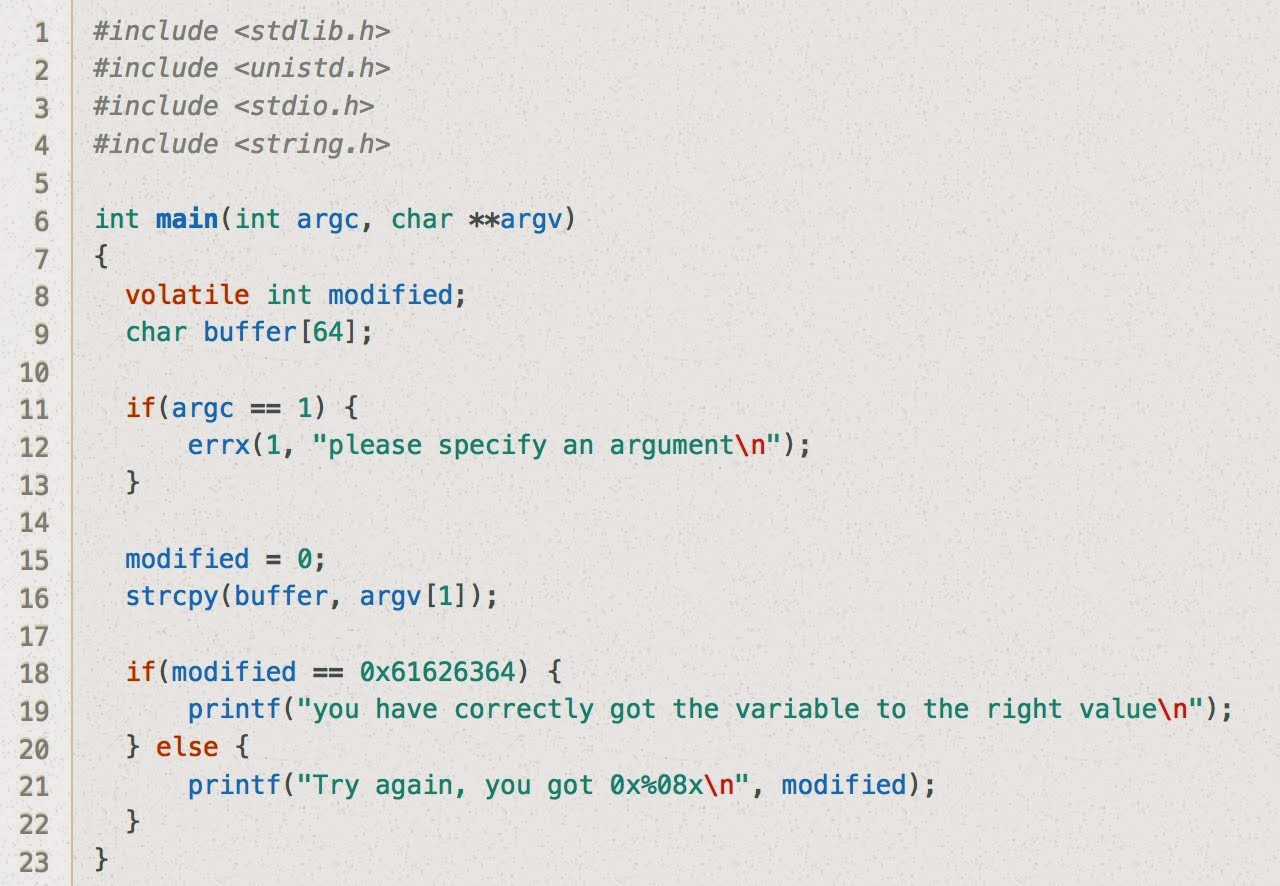 This one looks basically the same as before, except now we need to get modified set to a specific value.

Now that we're sure Protostar stores integers in little-endian form (endianness), we can change our command around to this:

Running this works, and we get following output:

you have correctly got the variable to the right value